It's great to have you as part of my blog community.

Please complete the form below, and feel free to send me your suggestions and comments.

I'll be sure to reply. 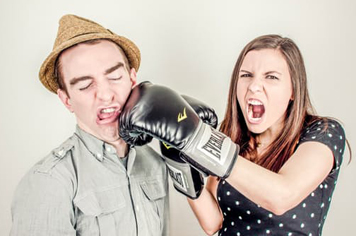 Stop hurting the one you love.

In my therapy practice, I see many couples who love each other but don’t know how to be together, nor separate. So, they fight.

In every healthy relationship, couples fight; it is a must. The important question is, how to fight in the best interest of the relationship. Too often couples destroy their relationships and themselves fighting. The intensity can be overwhelming as they’re unable to be reasonable, compromise or fight constructively. Thus, they hurt each other, sometimes irreparably.

Love is a powerful emotion. It complicates life while having the potential to be a central source of joy. When people form relationships they create emotional bonds and mutual dependence ties. We underestimate just how important these attachments are until they’re threatened.

When couples fight, it is not about who left the tube of toothpaste uncapped? Or, "who didn't throw out the garbage"? Or, "who once again failed to wash the dishes"? When couples fight, the underlining context is either about control and power; intimacy and caring; or recognition and respect.

How couples fight varies depending on their particular histories, and how they learned to fight. Some people learn to ask or demand what they want; some people never ask for what they want but criticize the other for not giving it. Some people throw darts, some ignore and deflect in defense. Some people explode when angry, some withdraw, some are passively aggressive. Some couples constantly bicker, taking turns hurting the other. Instead of saying "I would like a cup of tea" they say, "how come you only got one for yourself ".

What underlies emotional drama and how can it be reorganized? How can we transform destructive fighting (attack, blame, defend) into a constructive activity that brings you closer? We need to recognize that what underlines anger is hurt. Behind every criticisms is a wanting, a wish, an unmet longing. Underscoring a demand is an appeal for recognition and respect; a not wanting to be taken for granted.

Usually, people say, what’s most important to them is a love relationship; so why do we fight?

Today, most people do not live near their extended family, nor in the supportive communities where they grew up. People commute distances to their jobs and work extended hours. We feel as if we have less and less time to be with friends and family.

We’re saturated with images of romantic love. It’s in all the movies, TV shows and music. If your single, it’s often the question you’re most asked; “who are you dating?” “How’s your love life?” Consequently, being in a couple is idealized. This leads romantic bonds to become especially important.

We’re suppose to be interdependent.

Being in a relationship, gay or heterosexual, produces interdependence and strong feelings of attachment. This is good, fundamental, and essential.

We are fundamentally social beings. We have a fundamental need to belong. Being co-dependent and emotionally attached with others is essential. We want and need someone to rely on, as well as someone to give to in return. These expressive emotional bonds are vital and are products of loving and being loved.

Often, difficulties occur when couples for some reason change their basic mutual agreements and understanding of their relationship. These agreements are often unstated, tacit agreements with each other. They range from the division of household chores, to finances, to child rearing responsibilities and practices, to holiday traditions, to issues of privacy and more. “I just assumed you would tell me everything”. “I thought all of our financial resources would be equally shared”. “Of course my mother will live with us now that she ill”.

When agreements get violated, attachment bonds are threatened. This often leads to feeling being taken advantage of, under-appreciated, manipulated or worse. When our fundamental attachments are threatened, we feel vulnerable, hurt and we react irrationally. We hurt back.

Feeling our attachment bonds threatened, conscious or not, real or imagined, can be the underlining basis for intense fighting. You may believe you’re fighting about leaving the dishes in the sink. In fact, your reacting to feeling that your bonds are weakening. Frighten, we fight to save our relationship. Often, we fight poorly, non-constructively.

It takes two to fight. You can choose not to participate in fighting. You can choose not to get provoked. Rather, appreciate that the person you love is upset, hurt and needs something from you. This is the time to be emotionally giving. Rather than being defensive or striking back, you could want to know what is hurting the other, the one you love.

Disagreements are not debates where you need to be right or, worse, win the argument. Too often, being “right” becomes more important than taking care of the relationship, (the significant third party of the couple). This makes arguing dreadful. We forget, or we are not good at responding to how the other is feeling. It critical to ask oneself, “how come I’m more concerned with being right or defending myself, than caring for the one I love”?

Ours is a society of exchange. A tacit subtext for how people conduct their relationships is on the principles of exchange. “I do this for you; what do you do for me?” We’re taught to be more concerned with “me” and what “am I getting” rather than with the other. We want a good deal. If we think we’re not getting what we want, if we think we’re right, then we insist. That never helps. We have to break away from this self-centeredness and focus on the other.

The alternative to fighting is creating. Doing something new when something is not working. Think of what is in the best interest of the "relationship"; not in what you want. Think of caring and nurturing the emotional bonds that is your "relationship". This is how to keep your love enduring. Recognize and admit that you are emotionally attached to and dependent on your partner in much the same way that a child is on a parent for nurturing, soothing, and protection. Adult attachments needs to be more reciprocal and require much physical contact and affection. Hugs, kisses and sex. Adults, just as much as children, need to feel loved.

Enduring love focuses on creating and strengthening this emotional bond between partners by identifying and promoting activities of being open, attuned, and responsiveness to each other. All couples, young, old, married, engaged, cohabiting, straight, gay; in short, all partners seek a lifetime of love. It is so for men as it is for women. It is for people from all walks of life and all cultures; everyone on this planet has the same basic need for connection and belonging.

Relationships are worth fighting for, being brave for, risking everything for.  Fighting for the relationship is not the same as fighting to be "right", or having it your way.

The art of loving is continuously ensuring you are connecting emotionally, feeling secure in what each partner means to the other. Or, if the connection is no longer there, how to move on without hating each other.

Thoughts on Being Quarantined

Thoughts to share     I've been speaking to many people this past month as we've quarantined. Many of us... 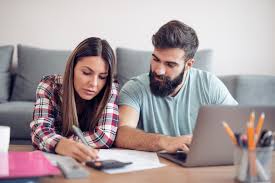 It is not uncommon for loving relationships to have infrequent or no sex. The paradox leaves couples perplexed. They say,...

Why Shop for a Therapist? Questions to ask before deciding on a therapist

When it’s time to find a psychotherapist, making certain that you find a good fit is essential. That’s why it’s...